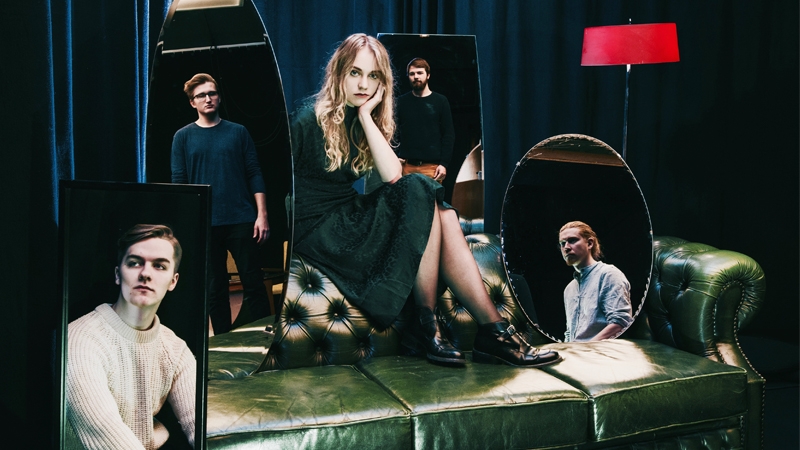 Alfa Collective is led by a young woman’s mind of chaos and tranquility. With the musical support of her good companions, she softly reflects upon her varying emotional states, roles and values throughout compositions.

The group of five mixes an unique flow of neo soul music with hints of funk, blues and jazz while experimenting with both bold and familiar sounds. In September 2018, the band released their debut album "Canvas" - an eclectic journey fragmented into bursts of improvisation, quiet observations, effortless melodies and smooth beats. Alfa Collective sparked it’s first ideas in 2016 and evolved into a steady group in 2017. The band has since been touring around their home country Estonia, played at local festivals and venues as well as given concerts in neighbouring Baltic countries. 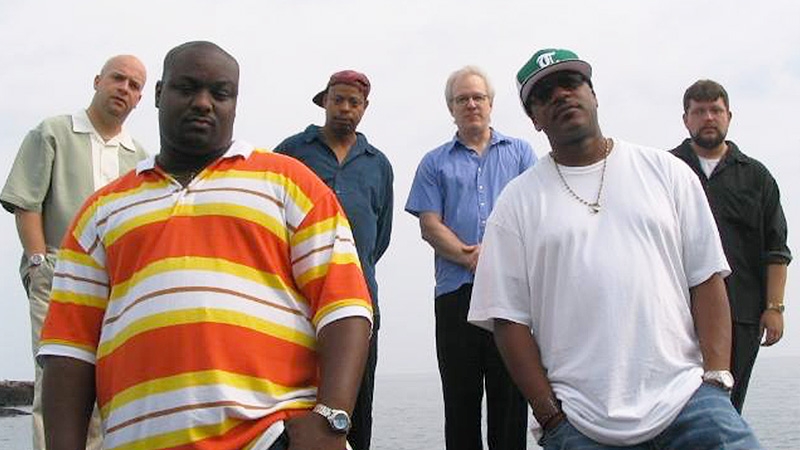 The American Music Project (The AMP) from Detroit, Michigan stands out from most other mainstream jazz bands. An exciting performance by Dejuan D Priest Everett and alto saxophonist/composer Dane Bays is based on jazz motifs with elements of rap, jazz, hip-hop, poetry, R&B, gospel and funk. However, the sound of these six guys is more positive and conciliatory than is commonly heard in rap. It’s both modern and traditional music. It brings a harmonious message of jazz to a wide range of young listeners.

The young fans have enjoyed their honesty and assertiveness inherent in rap music. More than commendable, it is especially important since jazz continues to grow and rap heading to its full potential. Undoubtedly, the style of these American musicians will find an insightful audience among fans of many kinds of music. 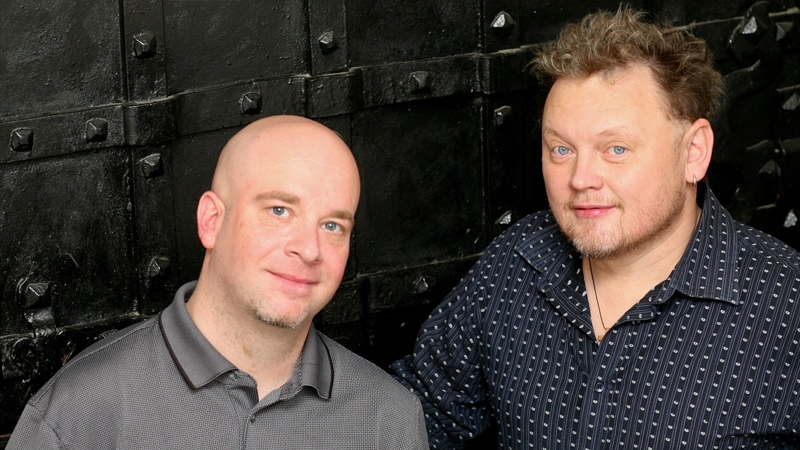 Russian saxophone player Oleg Kireyev and American pianist Keith Javors are presenting their extraordinary project "Rhyme & Reason". The project, based on their own compositions, glides effortlessly atop the modern jazz mainstream.

Oleg Kireyev is an internationally recognized musician, frequently on tour and playing to appreciative audiences in Europe and the U.S.His creative ideas are vast, from mainstream and ethno to jazz rock and world music. "Incredibly good" , "soft & enthusiastic" and "stylish and top notch" - are phrases musical critics write about the voice of his saxophone.
Keith Javors is a household name in contemporary jazz circles, an educator as much as he is a musician. As a pianist, he prides himself on innovation, bringing to the surface many revolutionary ideas. A fully dedicated live performer, Keith has the rare gift of sounding like he is playing for each individual listener alone.
Musicians have created a memorable modern mainstream jazz project that mixes together aspects of Oleg's Russian heritage, many adventurous moments, and subtle unpredictability. It is the type of forward-looking project that grows in interest with each listen and is a perfect example of 21st century jazz. 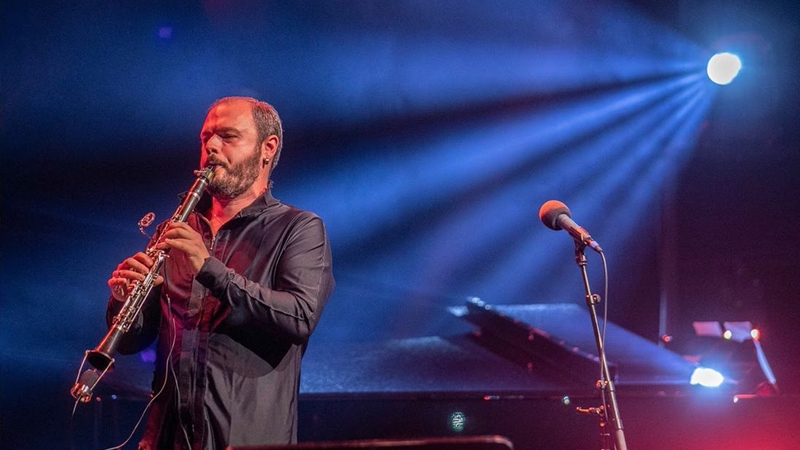 He can perform on stage as a soloist with a prominent European orchestra and excel in the great Mozart’s Concert for Clarinet and Orchestra, and the very next day he can attract audiences in some club with improvisations accompanied by his band.

Critics consider him to be one of the most versatile clarinetists in the world.

He is committed to classical music, yet without prejudice to delve into ethno, jazz, and the Balkan music, which is due to his absolute sense of rhythm.

The mixture of classical perfectionism, technical brilliance, and openness enables him to do cross-over, where he creatively fuses musical styles on the highest artistic level. In his own compositions the Balkan soul meets with the European tradition through various musical styles and genres, which enthuse the festival visitors in Slovenia and Europe. 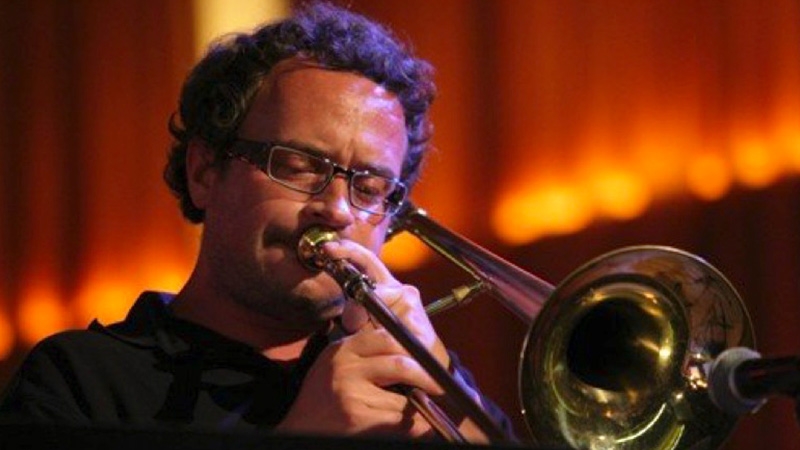 "Customized" is a Slovenian band that nurtures the program diversity inspired by pop, funk, jazz and arrangement in the style of legendary bands such as Blood Sweat and Tears, Earth Wind and Fire, Incognito.
The program that the band performs on its very energetic and it is mainly composed of the author's (Matjaz Mikuletić) music.
Matjaz Mikuletić is one of the most popular Slovenian trombone players. After graduating from the Music Academy in Graz, he joined Big Band of RTV Slovenia (1999) as a soloist, author, arranger and conductor. Later, as a member of the Big Band of the Academy of Music, he collaborated with Herb Pomeroy, Peter Erskin, Clark Terry and Ed Noumajster, who was his mentor in master work. During his studies, he participated in the project "Swinging Europe", visiting with selected musicians the entire old continent for a month in 1999. His CD recorded in Cuba was nominated for the Latin Grammy Award 2013. 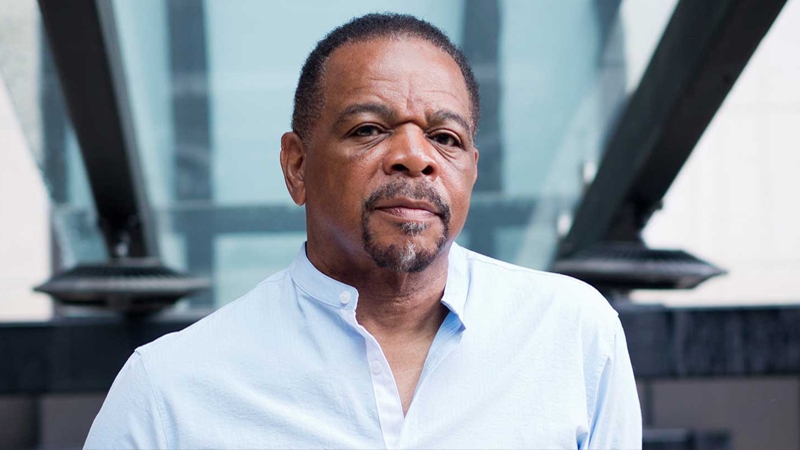 Internationally renowned vocalist, Nicolas Bearde, is a jazz singer of remarkable depth, range and technique who has won acclaim from critics and jazz audiences worldwide for his 'buttery baritone' and deeply imaginative interpretations.

A seasoned and highly respected showman on stage, Bearde's brilliant and lush vocals combine passion, wit and sensuality, with an engaging rapport that captures and draws the audience into his performance.

For the past 20 years, Nicolas has also delighted audiences with his vocal stylings as a member of Bobby McFerrin's wildly innovative a cappella ensemble, "Voicestra", while carving out his own distinctive solo career. With classic performances and cool interpretations of jazz standards and blues - Nicolas is the definitive jazz romantic. 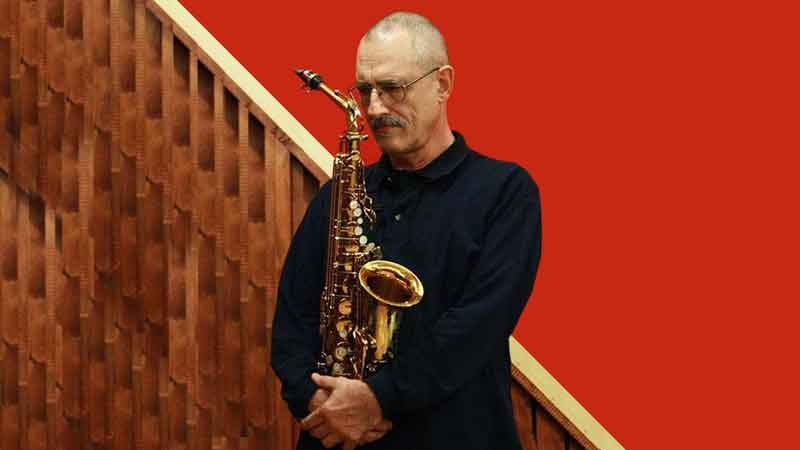 His first important commitments date back to 1960, with the Jazz-bo Quartet, one of the first Italian groups who abandoned the dominant Californian influence to beat the new roads of the Hard Bop. Same time he begin a long tour in Europe with the Latin Fire Combo, an international sextet playing mainly Afro-Cuban Jazz.
In the 70’s he’s mostly Beppe Aliprandi active in Milano and founds, with Claudio Fasoli, the Open Jazz Group. Then he moves away from jazz music for a few years and expresses his creativity with painting and engraving, and he also receives significant awards today too. In late 1980's, Aliprandi came back and gave birth to the JAZZ ACADEMY, a sign who gathers from time to time leading musicians for concerts and recording sessions.
His music grows day after day, following the road traced by the great masters of the Jazz, keeping always a firm bond between the avantgarde and the richest tradition of swing, allowing in his language, well ahead of current fashions, the stimuli from different expressions, such as chamber music, Indian music and popular musics from Africa, Balkans, Arab countries and Caribbean. 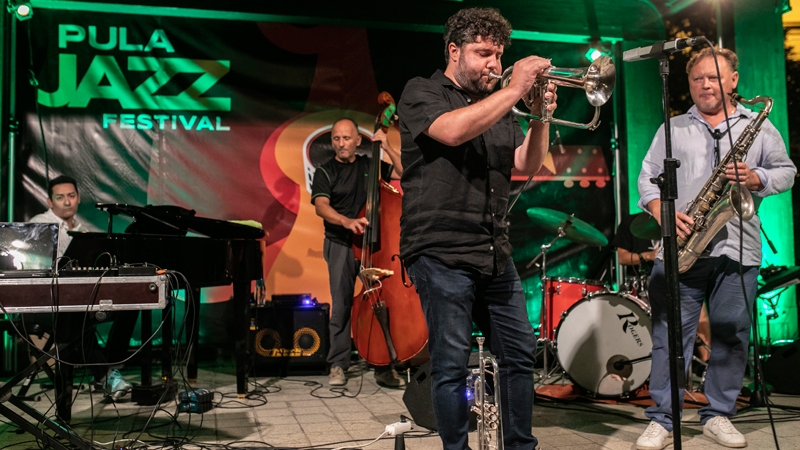 Beginning at 23:00 and followed by an into-the-night jamming with PJF guest artists.

Program of the festival

The IV International Pula Jazz Festival will be held again between August 15, and August 17 at the very heart of Croatian city of Pula, at waterfront of turquoise Adriatic.

Three unforgettable romantic nights, filled with the most glorious jazz sounds, both original creations and jazz on the highest level and cross-border incursions in other musical genres are waiting for the privileged connoisseurs of high music. Fine wines and Istrian cuisine, superior live vibrations, captivating creative flow, genuine communication, surprises, humor, incredible atmosphere of a poetically beautiful town – are all at your disposal, our dear friends!

Three days in a row the stars of the most vital music on Earth are going to share the stage on a summer terrace of House of Croatian Defenders (Dom Hrvatskih Branitelja)! Join the refinement, harmony and culture of jazz at the summer jazz festival in Pula!

Jazz festivals have been held in Europe for more than 60 years, the desire of our organization is to develop jazz festival in Pula, enrich the cultural life of Istria and offer city visitors a really interesting musical program. Due to its architectural features Pula seems to be designed to host musical events.

“Cultural Initiative ” association is a non-profit organization set up in 2013 with the purpose to create cultural projects, introduce jazz and improvised music to the mass audience, provide an environment for creative communication and exchange of cultural experiences. With the help of cultural cooperation, we are building bridges in the name of friendship and understanding between people. Jazz is the international communication language of musicians, it is created in all corners of the earth, it is a democratic music, the music of free and creative people.

The goal of the association, acting in cooperation with international musicians, contribute to the diversity of cultural life of the city. The program is intended for audiences 6+ and selection of contractors to meet both the domestic population as well as visitors from different European countries, who want quality notes. 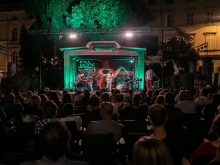 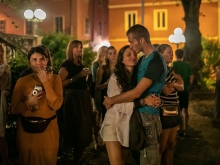 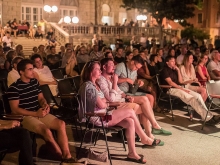 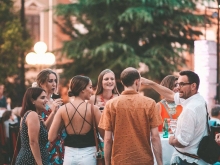 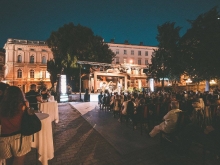 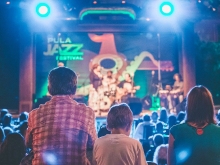 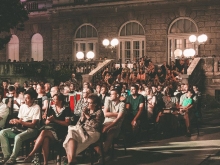